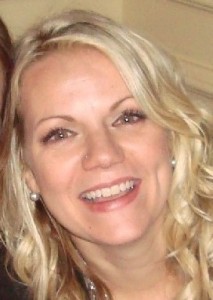 Heather Kearns-Latini is President and CEO of Legwork Incorporated.  Her main objectives are generating business, maintaining communication with her clientele and staff member’s as well as executing the advertising, marketing and respective bookkeeping of LegWork Inc.  Previously, she was co-owner & Director of Business Development for Kearns Graphics, a high end graphic design & advertising firm.

Ms. Kearns-Latini began her career in January, 1995 with the Board of Education in Brooklyn, New York, providing refunds for unduly charges on payrolls for Healthcare Insurance.  She was additionally responsible for maintaining communication with the Board of Education employees and their Healthcare provider on such issues as termination of employment, account reconciliation and benefit services.

After leaving the Board of Education, she moved to New York and obtained employment for Kits & Expendables, a Manhattan production supply company to the Entertainment Industry.  As Deputy Executive Director, her duties included managing communication with clients and maintaining their bookkeeping.  In the absence of the Executive Director, she assumed managerial responsibility for the entire office and staff.

After moving back to New Jersey in 1996, Ms. Kearns-Latini began work as a service representative for Manpower, Inc., where she acted as liaison between the company’s clients and employees.  Her job requirements included training and placement of employees in temporary and part time positions.

Ms. Kearns-Latini brings a political and event planning background to LegWork Incorporated.  In 1997 she began working for the Mercer County Executive, Robert D. Prunetti, as the executive assistant.  She was responsible for maintaining an open line of communication between Mr. Prunetti and his constituents in the public sector.  She also provided support to the planning, organization and implementation of local political and philanthropic events such as the County Executives Annual Ball, the Bob Prunetti Golf Classic and the Annual March of Dimes WalkAmerica.

In 2002, she was instrumental in the coordination of George W. Bush’s Presidential Visit to Trenton, NJ as she communicated with and was the liaison between the White House, Secret Service and respective staff of this honorable event.  In November 2002, the Mercer County Verterans Organization presented her with The Commanders Award for her work during President Bush’s visit.  The Commanders award is given to a veteran or a veteran group.  She honored to be the first civilian to ever receive this award.

Additionally, in 2003, she coordinated the Luciano Pavarotti concert held at the Sovereign Bank Arena in Trenton, New Jersey.  Along with acquiring the venue for this event, she negotiated the artist–rider, sold Ad placements and sponsorships, coordinated promotional ticket distribution, and created and arranged multi-media opportunities.  In 2004, when Itzhak Perlman performed at the Patriots Theater at the Trenton War Memorial, she utilized the marketing and advertising forte of the firm which included public relations, list creation and promotional mailings.

Ms. Kearns-Latini was appointed to the Ewing Township Redevelopment Agency in January of 2011 and was nominated Chair of the Board in January, 2013.  She is actively involved in numerous charitable organizations, such as the March of Dimes, American Cancer Society, the Ewing Public Education Foundation and the MIDJersey Chamber of Commerce.  In fact, in August, 2011, the Ewing Public Education Foundation hired her to be their Executive Director.

Heather Kearns-Latini holds a B.A. in Business Administration from Rider University, Lawrenceville, NJ.  Currently, she resides in Ewing, NJ, with her husband, Justin, and two adorable children, Bella and Vienna.